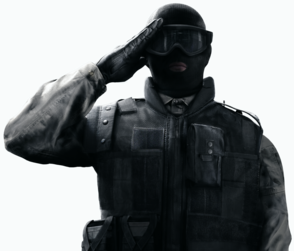 The recruit is the only operator included in the original release of Rainbow Six Siege available to both sides as well as the only operator to have no unique gadget. Instead, a recruit has the ability to bring a second piece of equipment. Prior to Year 3 Season 4 introducing a competitive quarantine and evaluation period, Recruit was the only operator unavailable in competitive play due to it being impossible to be picked when either operator banning and/or sixth pick are enabled.

Unlike the recruit available in Outbreak from Operation Chimera, the multiplayer recruit has fixed attachments.