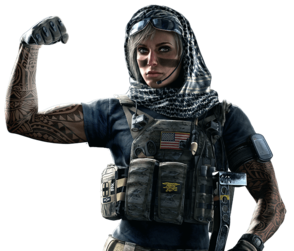 An Olympic hopeful in the 200 meter breaststroke, Castellano split her time between the pool and the army base, where her father was a training officer. Her junior year, Castellano broke her arm in a car accident, putting an end to her Olympic ambitions. After high school, she enlisted in the Navy. Serving four years, before attending college on the Veterans Affairs bill, upon graduation she returned to the NAVY as a career intelligence officer.

Castellano is singularly focused. She is driven and does not know how to give up on a goal easily. She will do whatever it takes to accomplish the mission in the most seamless and effective way possible.