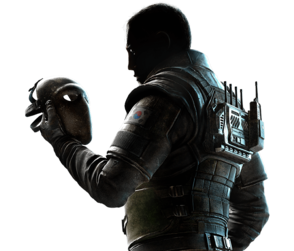 Chul Kyung Hwa doesn't remember much of his childhood, only that his family was escaping across Asia as refugees? Or were they criminals? He remembers, his older brother drowning during a river crossing. He remembers the safe house, where they stayed trapped for over a month in near silence. He remembers their train ride when soldiers arrested two fellow defectors. He remembers his sick, mother slowing them all down during the jungle crossing. He remembers leaving, her behind as his father told him not to cry, not to make a noise and alert the armed patrols.

Throughout it all, everyone impressed upon Chul Kyung that anything he said or any strange behavior would get them caught... it was life or death. So he buried, his emotions deep, lest he betray his parents and be responsible for their capture; he became a stone to the outside world.

Gaining asylum in South Korea, it was not the happy life they'd envisioned The loss of his family proved too much for Chul Kyung's father, who committed suicide, leaving his son an orphan. Chul Kyung remained a stone, never showing emotion, never betraying his inner thoughts.

Chul Kyung was adopted into the Hwa family, who believed it best if he forget his past, which started by changing his full name to Chul Kyung Hwa. Chul Kyung was actively encouraged to forget his real name and he obliged. It was another form of camouflage. He grew up in a system of rules and codes of conduct, and they provided him with a reason to be stoic, to follow orders. He could hide behind the rules.

Chul Kyung wanted to give back to South Korea, the country that took him in, and he entered the ROK Navy, proving the exemplary sailor. He earned himself a berth in the ROKN UDT/SEALs, not only passing with distinction, but becoming such an exemplary operator in the course of his service that he was handpicked by the 707th Special Mission Battalion: White Tigers. He was diligent, methodical, and tenacious, albeit quiet. Naturally, his status as the child of defectors was not shared with his fellow soldiers to better give him a fair shot, but when South Korea was given an opportunity to send two operators into Rainbow, Chul Kyung was at the top of the list.

Chul Kyung carries the scars of his childhood, where the only safe haven from the uncertainty of escape was to hide deep inside himself and become a stone. While a highly effective and competent by-the-numbers operator, it's made him highly uncomfortable in social situations. He is anxious when it comes to his own body, language and expressions, how others might interpret his actions. He feels exposed, an open book that betrays all his secrets. Chul Kyung is most comfortable when wearing his ballistic mask, when he feels he can actually breathe and hide beneath another layer of protection.

Despite appearances, Chul Kyung's attempts to keep Grace on her best behavior isn't an attempt to spare South Korea embarrassment. He knows she's made some enemies in the ROK Military who want to see her gone. He wants to make sure he has nothing negative to report because he knows she values her position in Rainbow as greatly as he does, albeit for different reasons. While he may disagree with Grace's approach, he sees her rights and freedoms as the very things he swore to protect. Otherwise, he confides in Blackbeard, having trained under him during joint training exercises, and has somehow become a friendly, target of Mute, who tells Chul Kyung that he's too quiet.