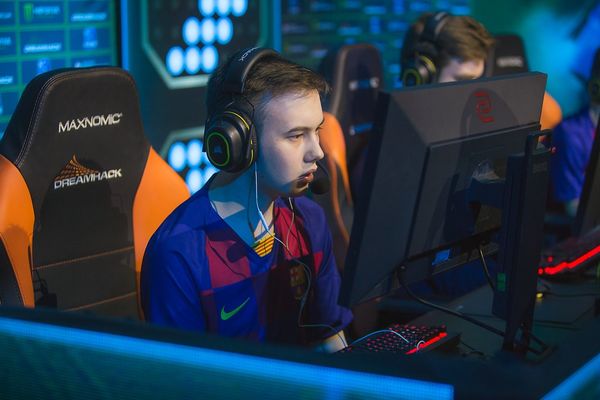 Daniel "Bluey" Bluett started playing Rocket League on the PS4 on the release day of the game. He found out about the game from a friend who suggested that they should go and try it out. At first, he played for fun. After a month or two however, he started to play GameBattles on the Major League Gaming website. In December of 2015, Bluey moved to PC. This was a hard move for him, having to say goodbye to all of his old friends on PS4, but he wanted to progress and he knew that this was the right decision.

He met his first PC teammate, NaRU in a random Solo Queue 2v2 game around January 2016. NaRU also had another teammate called Vapor, and so the three teamed up and entered many tournaments under the team name ecksde.

Afterwards Bluey joined Gentlemen in April 2016 with Kaydop and solid99npnp, and Lauty at a later stage. They team had a fair amount of success, winning 3 ESL Go4Rocket League Cups and 1 Gfinity Cup. After Gentlemen, Bluey made a team with Deevo in June 2016 called Savage!. This team also made it to the #7 spot on the Community Power Rankings, but were never able to find a permanent third member. This team was once more succesful, winning more ESL Go4Rocket League and Gfinity Cups even earning Bluey his ESL Monthly Champion title in Rocket League, with Scrub Killa as the third player alongside Deevo. Later in August the team would end up disbanding.

Later that month, he would then go on to make a team composed of Scrub Killa, MisTaKe and himself, which would be called We Dem Babies. The three members all teamed up together because all of its members were under the age limit to sign up and play on RLCS. The team had a very good run, winning numerous ESL, Gfinity, and Metacup tournaments.

After the team disbanded in October 2016, Bluey spent a long period of time teamless. The following year, in February, he would finally find a new team in Urban Myths alongside Doomsee and Sebadam, who would be acquired up by Team Infused two months later. This roster has had some success, with a number of tournament wins and a 2nd place finish at Insomnia 60.