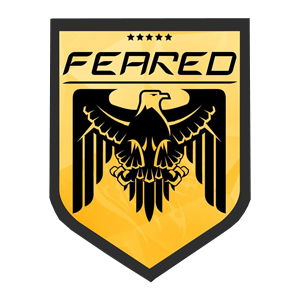 Feared e-Sports is a Brazilian esports organization that used to host a Rocket League team.

Known in their beginnings as "The Safadoes", this is one of the oldest and most consistent teams of the South American competitive scene as its members have been playing together since the game's launch and only one player left the team as he decided to retire from tournaments.
With the slow rise of the competitive scene many teams started getting signed by different organizations, in their case by "Bloodlust e-Sports" which would later rename to "Feared e-Sports" as it stands until now.