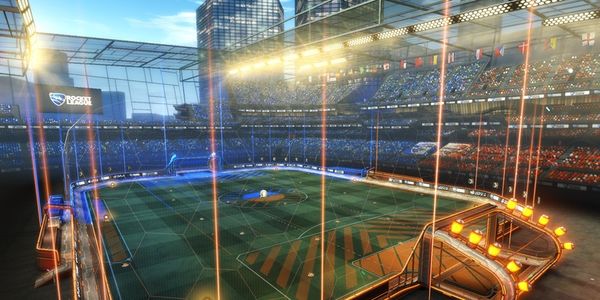 Mannfield is one of the arenas included with the original release of Rocket League. There are 4 variants of Mannfield: Normal, Night, Stormy and Snowy. Normal and Stormy both were included with the original release; with Mannfield (Night) being added on the 22nd March 2017 as part of the Dropshot update. A snowy variant of the arena was added on September 28, 2017 as part of the Autumn Update

Mannfield was added to the Rumble playlist and gamemode in Patch v1.22.[1]

Mannfield (Night) was added to all playlists in Patch v1.31 as a Night version of the normal Mannfield.[2]

Mannfield is one of the standard maps and is thus frequently used in tournaments. It featured in both the RLC Pro League and RLCS Season 1 final.