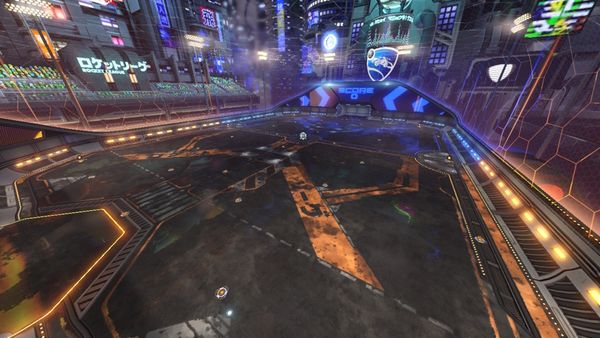 Neo Tokyo is the remade version of the Rocket Labs map Underpass, and was added to both normal and competitive playlists in Patch 1.19 on June 20th 2016. [1] The Tokyo inspired map is also the first one to have a live updated scoreboard on the map itself, along with a voice calling out game highlights such as a save or a goal.

Neo Tokyo was added to the Rumble playlist and gamemode in Patch 1.22 as one of the 7 initial maps. [2]

A redesigned version of Neo Tokyo was then added back to all playlists in Patch 1.34 on May 10th 2017, with the original one being renamed to Tokyo Underpass, it became availabe in offline and private matches in the same patch. [4] 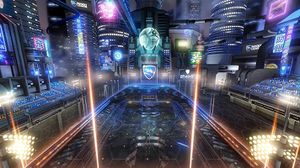