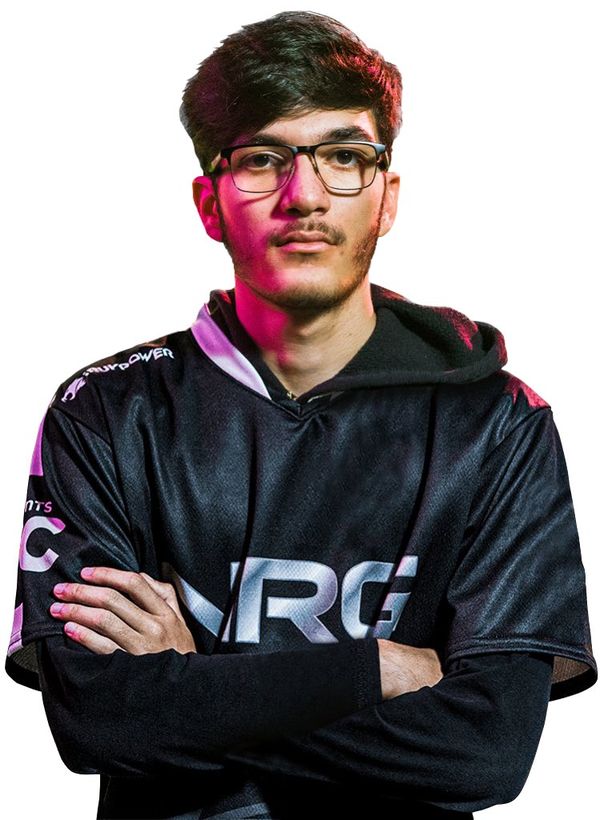 Squishy started his Rocket League career when he realized he could not follow a professional soccer career. "Going pro in football/soccer is something that I always wanted to do. ...Growing up you see so many kids wanting to go pro in that, right? And it just seems impossible..." But that was not the only problem. In his early days he was diagnosed with asthma, which didn't allow him to run for long periods of time.

Squishy started playing in Rocket League’s beta phase in 2015. "Rocket League gave me a concept I loved and allowed me a second chance at a dream I couldn’t be held back from this time."[2] Within a month of the game's release he started uploading videos of Rocket League on his YouTube channel, where he posted back his highlight goals (like aerial redirect from a pass from Jstn) and montages. He quickly started improving and was outstanding despite not having a background in SARPBC. Squishy says that the reason why he became so mechanically good and consistent is because his internet did not work at all, so for the first two months he was grinding only Free Play.

In November 2016 - Squishy, Lachinio and Torment formed Iris in preparation for Season 3 of RLCS. With that being unsuccessful, Squishy, Torment and former substitute Gimmick left Iris and formed a new team: The Muffin Men. "Me and Torment decided to give Gimmick a try and we played amazingly." With the new team, they qualified for DreamHack Atlanta, where they finished 1st.

After this, The Muffin Men were picked up by a top organization: Cloud9, and finished 1st in RLCS 4 North American Regionals. After being eliminated in game 5 from the upper bracket by PSG Esports, they had a successful streak of wins in the Losers' Bracket. They were eliminated from the tournament in Losers' Finals by Method. It was in this match, where the future World Champion performed the famous ceiling shot goal.

In Season 5 Cloud9 did not perform as well as many predicted. 'Squishy, however, was not disappointed: "...online compared to LAN is two completely different things... ...that season on LAN we finished third, and that is what matters. To us [Cloud 9], making LAN is the most important thing.", he said on his Twitch livestream.

During knockout stages in RLCS 6, Cloud9 lost their first match to We Dem Girlz and went to Losers' Bracket where they dominated and dethroned Dignitas in the Grand Finals, with Cloud9 becoming the RLCS Season 6 World Champions.

Purchases made using the retail links on this page may earn Liquipedia a small commission.
Retrieved from "https://liquipedia.net/rocketleague/index.php?title=SquishyMuffinz&oldid=1127394"
Categories:
Hidden category: