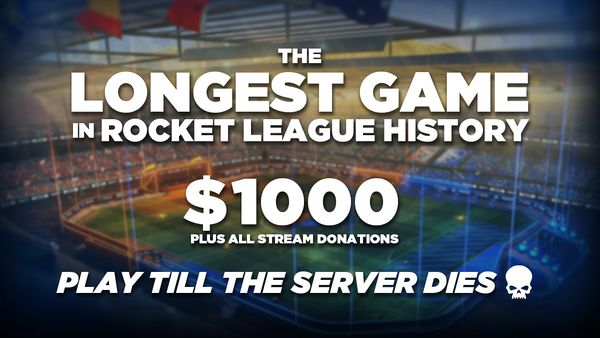 The Longest Game in Rocket League History is an invitational Show Match between 2 teams consisting of pros. A single match is played until the server goes down. After reaching $5,000 USD in prizing, they started raising money for COVID-19 charity, eventually raising a total of $7,320 USD.

Due to a high amount of substitutions, only the initial starters are listed in the team cards. All substitutes involved are listed below within all sub notes as to when they participated and for who.