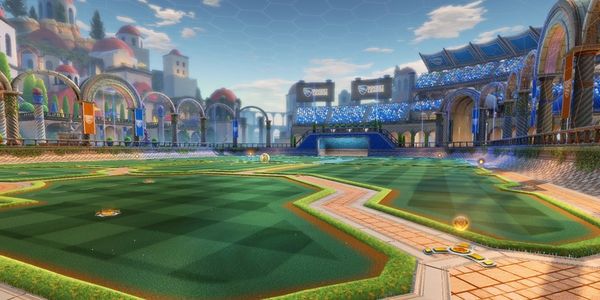 Utopia Coliseum was added in Patch v1.04, on the 11th of August 2015.[1] There are 4 variants of Utopia Coliseum: Normal, Dusk, Snowy, and Gilded. The general environment and name are inspired by "Utopia", a map in Supersonic Acrobatic Rocket-Powered Battle-Cars.