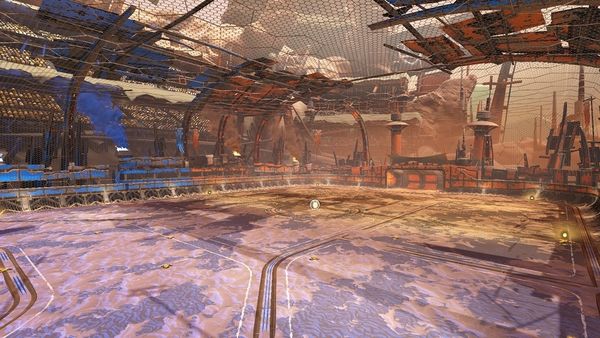 Wasteland is the remade version of the Supersonic Acrobatic Rocket-Powered Battle-Cars map of the same name, and was added to the unranked playlist in Patch 1.10 on December 1st 2015.[1]. There are 2 variants of Wasteland: Normal and Night. Wasteland was the first non-standard map to be introduced to the game.

The Night version of Wasteland was added in patch V1.25, on the 7th of December[3].

Wasteland was redesigned as a standard map. Badlands, the non-standard version, was removed from the casual and competitive queues while still being available for Rumble, Private Matches, and Offline.[4]

The Night version of the Standard Wasteland was added in patch v1.45, on the 29th of May[5].