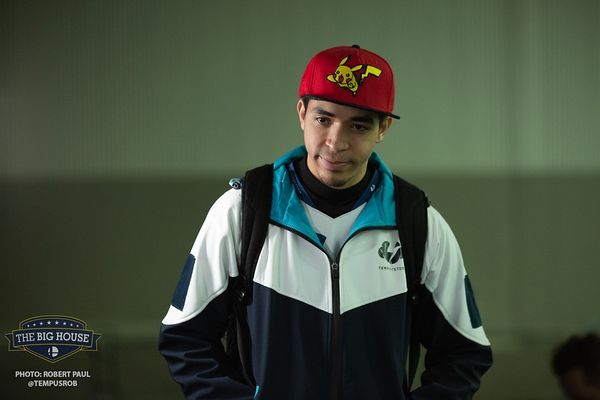 Jeffrey "Axe" Williamson is a top professional Melee player from Phoenix, Arizona, playing for Tempo Storm and is widely regarded as the best Pikachu player in the world. He was ranked 29th in MPGR 2022 Summer.

Axe is considered a top 10 player in the world, and he is credited with bringing Pikachu from a mid-tier character to a top 10 character. In addition to his Pikachu, he also has a Falco, Young Link, and a Marth. Falco is his main secondary, while Young Link is usually used against floaty characters such as the Ice Climbers.

He has finished top 8 at national tournaments many times since Apex 2010, with victories over PPMD, Hungrybox, Mango, and Mew2King on his resumé.

After an impressive 5th place finish at 2014 MLG Anaheim, coming from the open bracket, he was picked up by Mortality eSports as their second Smash player, joining ChuDat. He repeated his 5th place performance at EVO 2014, where he performed a now-legendary 56 second 4-stock against Silent Wolf.

Axe made history when he won Smash Summit 8 beating players such as moky, S2J, Zain, Mango, Leffen, and Wizzrobe (x2). This was his first ever major win in his 10+ year career, as well as the first ever major won by Pikachu in Melee's history.