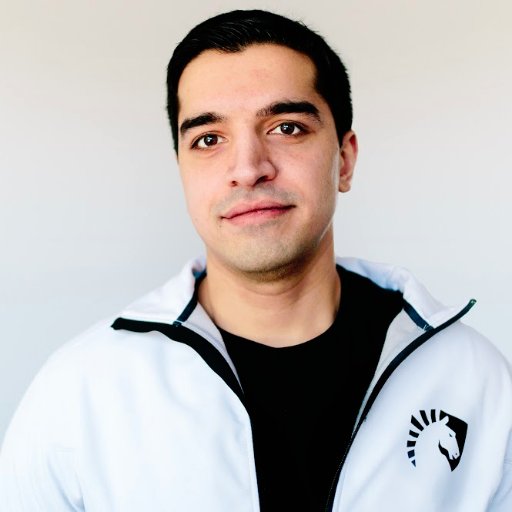 Kashan "Chillindude" Khan is an American Fox player and commentator, currently playing for Team Liquid. He was ranked 57th in SSBMRank 2017.

Chillindude hails from Virginia, and has been competing in the Melee scene since its early inception, being a prominent player and tournament organizer. He was also a member of one of the game's earliest crews, Ha Ha You Lose, usually abbreviated to H2YL, and was instrumental in the eventual formation of crew rivalries in the competitive game. Chillindude's play and strategies as Fox revolutionized the way Fox was played in the metagame, and Chillindude is considered to be the "father" of sorts to current Fox mains. He even has several Fox combos and moves named after him. Fox's up-throw followed by an up-air, continuous waveshining, and the falling up-air are all referred to as The Chillin.

In 2006, Chillindude was one of several smash players who were sponsored by Carbon, an esports organization that originally focused on Halo.[1][2] It is not known when this sponsorship lapsed, as MLG slowly phased Smash out of its Pro Circuit in 2007. Wife has also asserted that Smash players ultimately benefited very little from the sponsorship.[3]

After a prominent run in Melee, Chillindude took a hiatus from the game. He later returned, and soon he was picked up by an organization known by the name of Team Curse on April 11th, 2014.[4] Nine months later, on January 6, 2015, Curse merged with Team Liquid, effectively putting Chillindude and fellow teammate, Juan Hungrybox Debiedma on Team Liquid's roster.[5]

At the Apex 2015 Salty Suite, Chillindude was defeated by Leffen 5-0 in a highly publicized money match that began when Leffen criticized Team Curse's selection of players and called Chillindude a "has-been". As a result, Chillindude lost the right to use his signature default Fox colour, and has since switched to using blue Fox, which he has continued to use even after Leffen permitted him to play default Fox again at The Big House 6.

2saint
The Roast of Hugo Gonzalez