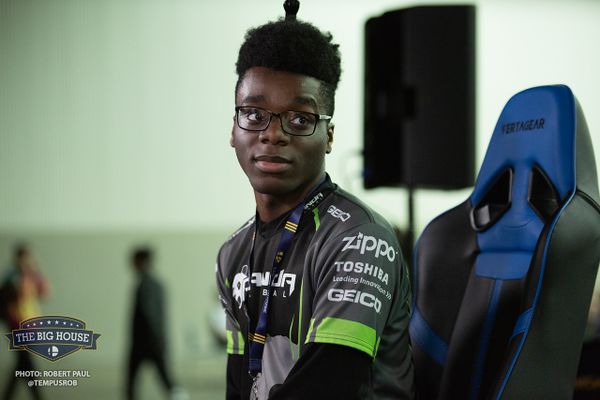 Brian "Cosmos" Kalu is an Ultimate Pyra and Mythra, and former Wii U Corrin, player from Texas who is currently living in Ohio. In Wii U, he was considered to be the best Corrin main in the world, and is ranked the 30th best Wii U player of all time on the PGR100. In Ultimate, he was regarded as the best Inkling player in the world before switching to Pikachu. He is currently ranked 23rd in the PGRU Fall 2019 Power Rankings.

At The Big House 7, he had a breakout performance when he defeated ZeRo, VoiD, and Salem to reach winners finals before falling to Dabuz 0-3 and Marss 1-3 to finish in 3rd place. A year later, he went on to win The Big House 8, his very first major win.

Gackt
Battle of BC 4