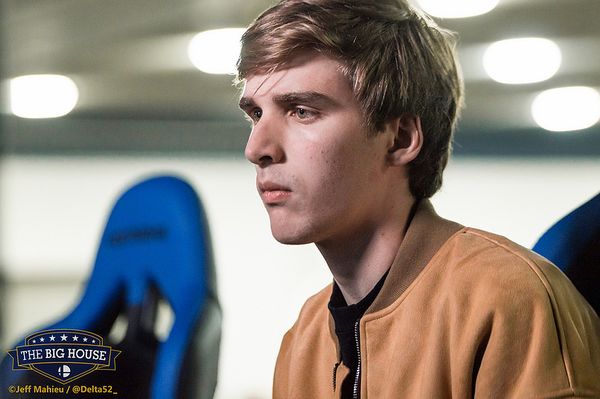 Jack "Crush" Hoyt is a Melee Fox main from Massachusetts who is currently ranked 1st on the New England Power Rankings and ranked 17th in MPGR 2018. He stopped attending tournaments after Get On My Level 2018 and disappeared from social media. He reportedly stopped playing to focus on school, and despite his hiatus he managed to be ranked 17th overall in 2018 on the MPGR 2018.

Crush is a highly savvy and technical Fox-user, distinguished by his "footsies"-based approach to the neutral game, to the degree that his gameplay resembles that of more traditional fighting games. After jumping, Crush tends to be very choosy about where he lands, typically drifting far enough away from the opponent to make his drills, back-airs and nairs safe. When he approaches, he is calculated, typically going for wavedash forward down-tilts or running shines (relatively safe options with a good reward); he is quick to pick up the cadence of his opponent to justify going for riskier options like SHFFL'd aerials and dash attacks. He is very good at finding precise grabs on whiffs and at using spotdodge judiciously to stay safe from being grabbed himself. Crush's dash dance and out-of-shield game are overlooked aspects of his repertoire, as he is more than capable of waveshining out-of-shield and also utilizing his dash back to stay clear of his adversary's threat ranges.

The core suite of Crush's skills give him a natural resilience to the more common options that are typically seen in the current meta: that is to say, Crush's move choice and aerial drift allow him to consistently circumvent any would-be crouch cancel retaliation; they also put him at distances where he is essentially always safe from the opponent's out-of-shield options (e.g., shield grab or nair out-of-shield).

The most recognizable traits that Crush is known for: