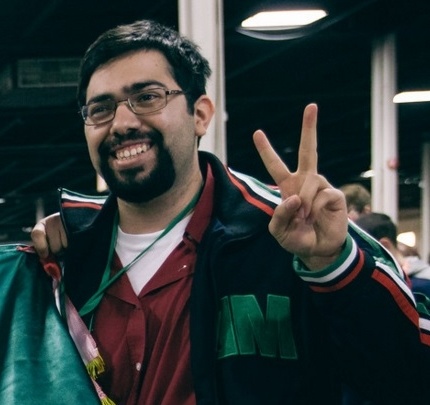 Eduardo "Eddy Mexico" Lucatero Rincon is a Mexican Luigi main, considered one of the best Luigi players in the world, previously ranked 49th in MPGR 2022 Summer. He frequently attends tournaments in Southern California, to the point where he has been ranked on the SoCal Power Rankings.

Eddy Mexico is a regular at the Super Smash Sundays series, frequently getting high placings, and even winning one of the tournaments. He has taken sets off of players such as Javi, Ken, The Moon, Fiction, S2J, Westballz, MacD, and HugS.

Eddy Mexico is also known for his performances at EVO, which is usually the only tournament outside of SoCal and Mexico that he attends. He has gotten top 32 at EVO 2013, EVO 2014 and EVO 2015.