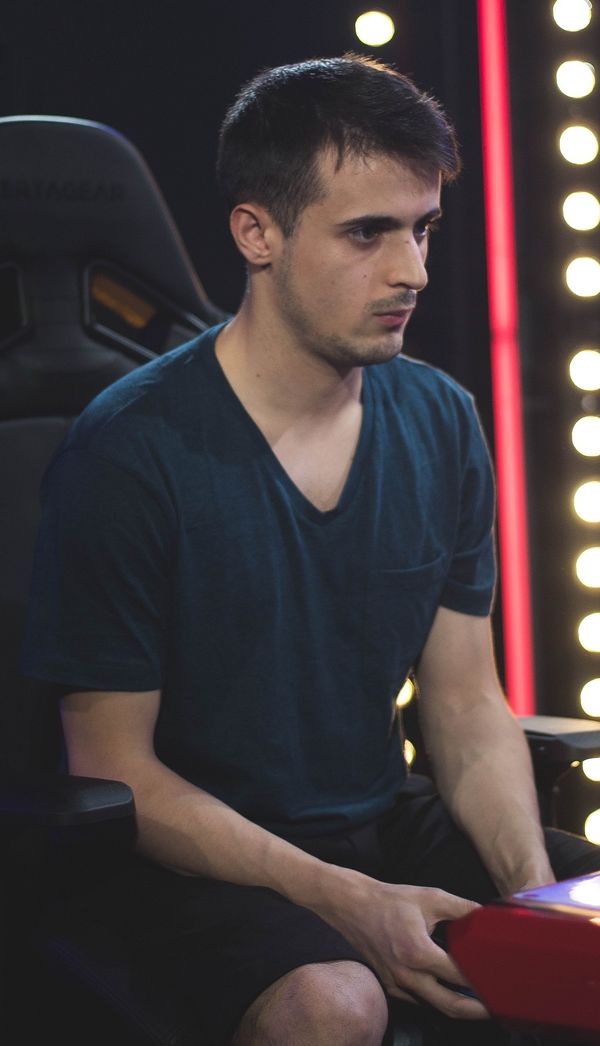 William "Glutonny" Belaid is a French Ultimate, and former Brawl and Wii U Wario player from Paris, France, who is largely regarded as the best Ultimate player from Europe and the best Ultimate Wario player in the world. A mainstay of the European Smash scene since debuting in 2009 at age 13, he is also regarded as the best European Wario player in history for both Brawl and Wii U. In Ultimate he is currently ranked 8th in the PGRU Fall 2019 Power Rankings. He is also ranked the 70th best Wii U player of all time on the PGR100.

Remaining a Wario main for the entirety of his career across different Smash games due to his love for the character, his win of Bushido Brawl Impact 1 in July 2010 makes him the only European in history to have won a major Brawl tournament, and the only player to have done so using Wario. By winning Albion 4 in July 2019, he became the first European to win a major Ultimate tournament; he remains the European with the most major wins for Ultimate, the only French player to have won any, and the only player to have done so with solo Wario. By winning Pound 2022 in April 2022, he became both the first European to win a premier tournament for Ultimate, and the first European to win a major for Ultimate outside of Europe. He also has an extensive career in Ultimate doubles, mostly partnering up with Mexican player MkLeo, with whom he has won several doubles major tournaments, and with fellow French player Leon, mostly while competing in Europe.

Glutonny started playing Smash with Brawl. He was first seen at a small convention tournament where Leon, impressed by his performance, encouraged him to attend proper Brawl events.[4]

Accompanied by his older brother Karma, he went to his first proper tournament, Bushido Impact 8, in February 2009 at the age of 13. At the time, it was the largest event ever organized in France, and Leon entered as the favorite after being the undisputed best French player in 2008. Despite this, Glutonny managed to win against Leon in pools and reached the Winners Finals. That's where he met Leon for the second time and confirmed he had the talent needed to challenge the best French players. With a game won on both sides, Glutonny 3-stocked Leon in less than 2 minutes. He then finished the match in game 4 and moved on to Grand Finals. Although he got demolished in Grand Finals by Kaos, Glutonny made a name for himself in the French community and was now seen as a "prodigy" as stated by Leon in an interview.[5]

After this first event, Glutonny started attending more tournaments and kept showing strong performances. Due to his young age and a limited Brawl scene, he was mostly seen at Bushido Impact events. He participated in his first proper international tournament in July 2010 at Bushido Brawl Impact. This event was the largest Brawl event ever organized in Europe and players from 12 different countries participated. After losing to Ally in Winners Finals, Glutonny managed to beat him in Grand Finals and proved he was one of the best European players at the age of 15.

His first North American tournament was the SKTAR in July 2012. He finished 17th out of 140 participants.