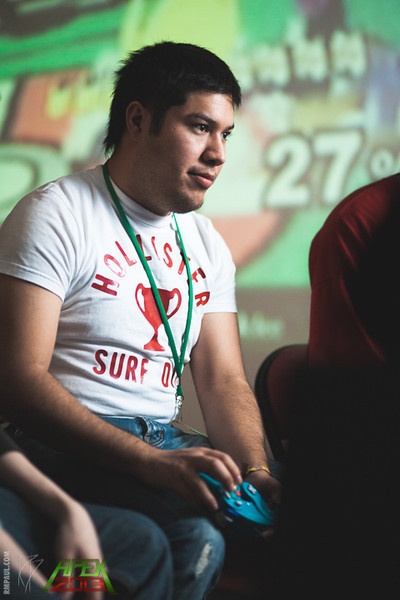 Javier "Javi" Dantes Ruiz is a Mexican Melee Fox player from Nuevo Leon. He is is most known for his controller grip, in which he presses the face buttons on the GameCube controller with his fingers, as opposed to his thumbs; he is also known for his performance at Apex 2012, where he finished 4th after defeating tournament favorite Dr. PeePee.

Javi won a free flight to Apex 2012 after winning The Official Ticket to APEX in Monterrey, Nuevo Leon. Javi made it to bracket before losing to Lovage. In loser's, he defeated players such as KoreanDJ, Lovage, Hax, and Dr. PeePee before losing to Hungrybox, finishing 4th.