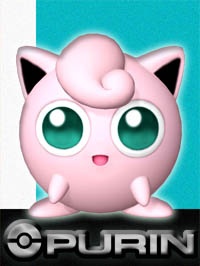 Jigglypuff, a character that made her Smash debut in Super Smash Bros. 64, jumps back into the fray, now boasting numerous buffs, including her greater, near absolute dominance in the air.

Jigglypuff is very strong in the air, using her high aerial mobility and 5 jumps to bait opponents and zone effectively. Her back air, with its disjointed hitboxes, is seen as one of her best assets. However, with all her strengths, she does have some weaknesses. She is one of the lightest characters in the game, only a bit heavier than Pichu and tied with Mr. Game & Watch. This makes her considerably easier to kill than the heavier counterparts.

Jiggglypuff's most powerful move is her down special, Rest. If the opponent is touching the small hitbox at Jigglypuff's center, the opponent is blasted away, usually resulting in a kill. However, Rest has a long period of ending lag where Jigglypuff falls asleep and is unable to move. This causes a high-risk, high-reward scenario in which a missed Rest can cost a life. This is one of the rare cases in competitive Melee where the victim wants to DI towards the side of the stage so that they get killed quickly for a chance to punish the Jigglypuff.

The alternate costumes available to Jigglypuff