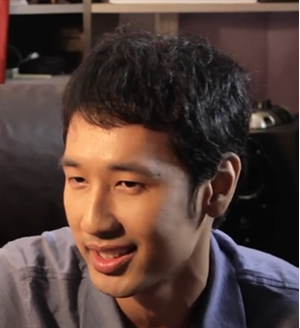 Ken "SephirothKen" Hoang is a Vietnamese American professional Melee player who credits the game for financing him through college.

Ken is the 2004-2005 national champion of Major League Gaming, the 2007 international champion of EVO World Finals,[1][2] and was the highest ranked Super Smash Bros. Melee player in the United States. He was also the world champion for several years, having defeated reputable players from around the globe, including top Japanese players in the summer of 2005 and 2006.[3]

Ken possesses the highest major tournament win-to-loss ratio of any Super Smash Brothers Melee player from 2003 to 2007.[4] His three years of dominance earned him the nickname "The King of Smash".[5] His main is Marth, and his secondary is Fox. He received minor television coverage in MTV's True Life: I'm a Professional Gamer and minor coverage in the fall of 2006 on the USA Network's broadcast of Halo 2 on the MLG Pro Circuit.[6] In Fall of 2008, Ken was a contestant on Season 17 of CBS's reality television series Survivor, taking place in Gabon, Africa.

Ken started playing Super Smash Bros. when it was released for the Nintendo 64, but never competed in a major tournament for the game. When Melee was released, Ken initially did not enjoy it, but the game grew on him after a period of a few months. By the time he attended his first tournament, he had already built up a reputation in his town as the best Smash player. This tournament differed from most later Melee tournaments in that matches were free-for-all matches between four players rather than a 1 vs 1 match. The other players teamed up against Ken to eliminate him.[7]

Seven months later, in August 2003, Ken attended and won TG5. This was the first tournament where he partnered with Joel "Isai" Alvarado for doubles. Their victory in the doubles tournament started a two-and-a-half year winning streak. They won every doubles tournament they entered until MLG Chicago in July 2006, where they were defeated by Azen and Chillin in the finals and received second place. However, they reclaimed their title later that year in August at MLG Orlando where they defeated Azen and Chillin 6-3 in the finals.[9]

For the next two years, Ken continued to win nearly every competition he entered. The worst loss he garnered in the prime of his competitive career was in August 2004 at TG6 where he placed 9th out of approximately 128 competitors.

During his retirement, he was regarded as one of the top players long after his departure from the tournament scene.[1] In September 2006, Ken was nominated in "The Dangerous Five" as one of "The World's Most Dangerous Gamers" by Electronic Gaming Monthly, in which he was called "The Duper" for his fast, smart, and aggressive play.[10]

Ken returned to the game in 2012 after a five year hiatus and placed 33rd in Kings of Cali. He proceeded to attend several additional tournaments, including EVO 2013, where he placed 49th out of 696 participants, the largest Smash tournament in history at that time based on entrants.

At 2014 MLG Anaheim, his first major tournament appearance since joining Team Liquid, Ken placed 21-24th after losing 1-2 to Lucky one round before reaching the championship bracket. At EVO 2014, he advanced in first from his group to advance to the Quarterfinals Brackets. He ended up placing 33-48th after being defeated by PPMD and Fiction.

Ken continued to compete and place fairly consistently throughout 2015, however his breakout performance was EVO 2015, where he notably defeated Westballz 2-0 to qualify for the Top 32 bracket in winners and ended up placing 13th, losing to Plup and Ice.