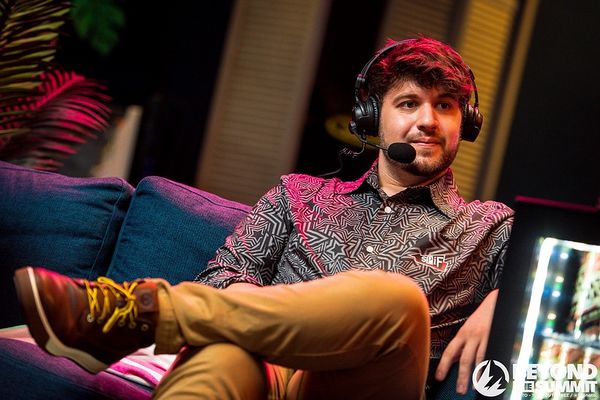 Maximillian "Max Ketchum" Krchmar is an Ultimate Lucina and Pyra/Mythra player from New Jersey, as well as tournament organizer and commentator. A veteran of the scene since Melee and Brawl, he is considered among the most prominent community figureheads from the Tristate region.

Although mostly retired as a competitor in Ultimate, Max has tournament wins over some of the best players in the world such as Dabuz in Brawl and Nairo and Tweek in Wii U. He has since put entering events on the backburner in favor of running and casting them. Max's commentary resume spans almost every single major tournament series, including GENESIS, EVO, The Big House, Super Smash Con, Get On My Level, Shine, and more.

In 2018, Max joined Even Matchup Gaming in order to expand the team's reach into the United States. He founded the Let's Make Moves tournament series along with Toronto Joe, which became New York City's biggest ever and first ever S-tier PGR tournament in its second iteration, Let's Make Big Moves. LMBM is set to return in January 2022.

Max and TO Joe also founded the Smash 4 Collegiate program, a counterpart to The Melee Games that was inspired by the work of MattDotZeb. In September 2017, S4C and TMG merged and were acquired by Collegiate Starleague to take collegiate Melee and Smash 4 (and later, Ultimate) to new heights with significantly increased financial support. Max and Joe both left CSL in early 2020 and are now solely focused on their work at Even Matchup Gaming.