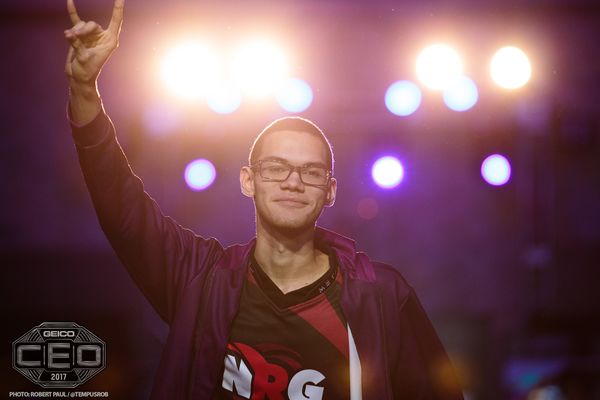 Nairoby "Nairo" Quezada is a Super Smash Bros. Ultimate, and former Super Smash Bros. for Wii U, player from New Jersey, USA. He is one of the best players in the world, ranked as the 2nd best Wii U player of all time on the PGR100. He is also known for being the best Wii U Zero Suit Samus in the world and the first person to ever take a tournament over ZeRo in Smash 4. In Ultimate he is currently ranked 4th in the PGRU Fall 2019 Power Rankings.

On July 2, 2020, CaptainZack accused Nairo of having a sexual relationship with him. At the time, CaptainZack was 15 and Nairo was 20.[3] This account was corroborated by Tweek.[4] Following the allegations, Nairo deactivated his Twitter account for several hours, then released a statement apologizing for his behavior.[5] NRG Esports cut ties with Nairo on July 2, 2020 due to these allegations.[6]

MECHA-KING GHIDORAH
Get On My Level 2018