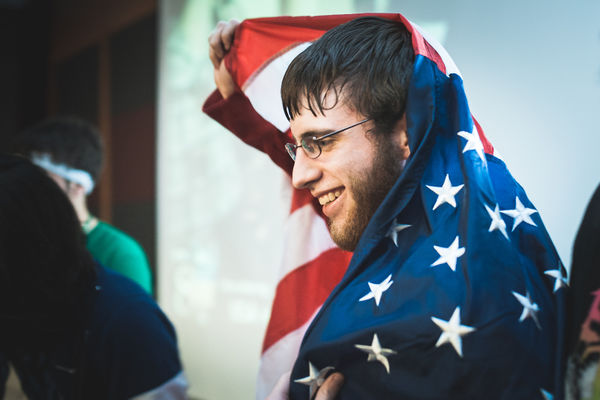 Kevin "PPMD" Nanney (born September 25, 1990) is an American Melee player. He is a member of the Five Gods and considered to be one of the greatest players of all time.

PPMD (formerly known as Dr. PeePee) is a top professional who dual-mains Falco and Marth. He was formerly ranked 1st on the North Carolina Melee Power Rankings.[1]

PPMD became famous in the smash scene for his Revival of Melee 2 placing where his Falco placed higher than Mango's. He is widely considered the top Falco player in the world and is now considered one of the best Marth players in the world as well, having taken sets off Armada and Mew2King with the character. He mains Marth in Brawl and supports the Meta Knight ban (as per his Smashboards profile[2]).

At Apex 2012, he defeated several notable smashers such as Silent Wolf, SFAT, and Wobbles before losing to Armada and then to Javi, placing 5th overall and tying with KirbyKaze. At Apex 2013, PPMD managed to place 2nd, where he was only topped by Armada. At Apex 2014, PPMD placed 1st, beating notable smashers such as aMSa, Mango, and Mew2King. He was also invited to participate in the 2014 E3 Super Smash Bros. Invitational tournament to play Super Smash Bros. for Wii U. He used Fox in the tournament and won the Fan-Favorite tournament after being eliminated in the quarter-finals. Also, his defeat of Armada to book his place in the top 8 of EVO 2013 became one of the highlights of the tournament[citation needed], leading to his joining Evil Geniuses from Video Game Boot Camp ahead of EVO 2014.

He is known for not going to as many tournaments as the other gods. He revealed in a blog post on the Evil Geniuses website that he was dealing with personal problems, and that he was not going to attend any tournament until Apex 2015.[3] Upon his return to competitive Smash at Apex 2015, he placed 1st, defeating Wizzrobe, S2J, PewPewU, Armada, Leffen, and Armada again to make him back-to-back Apex champion.

PPMD once again took a hiatus after Apex, abstaining from tournaments for six months until EVO 2015, where he took third, losing to Armada and Hungrybox.

Battle of the Five Gods

Wins over players ranked in SSBMRank 2015: