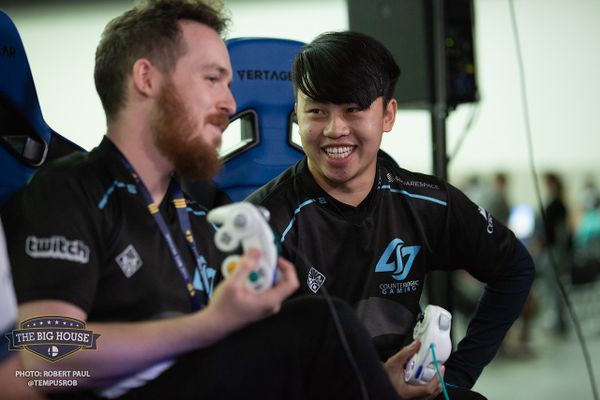 Kevin "PewPewU" Toy is a Marth player from Northern California, currently playing for Counter Logic Gaming. He is currently ranked 3rd on the NorCal Power Rankings and ranked 24th in MPGR 2019.

PewPewU is a Marth player from NorCal and one of the best Marth mains in the world. Perhaps the greatest teams Marth of all-time, PewPewU is also famous for being one of the youngest top players in the history of the game. He was chosen as one of the 16 representatives of the Smash community to participate in Nintendo’s E3 invitational to showcase Smash 4 for the first time on June 2014, and currently lives in Santa Cruz, CA. He is also the founder of The Smash Lounge,[1] a compendium of beginner-friendly tutorials for advanced techniques and a community group locator.

On February 3, 2015, PewPewU announced that he would be leaving Melee It On Me to become a free agent.[2]

On June 5, 2015, PewPewU joined Counter Logic Gaming, becoming their first Smash player.[3] On March 12, 2021, he announced his intention to transition from a competitor to a position as Senior Coordinator of Team Operations and Marketing for CLG.[4]