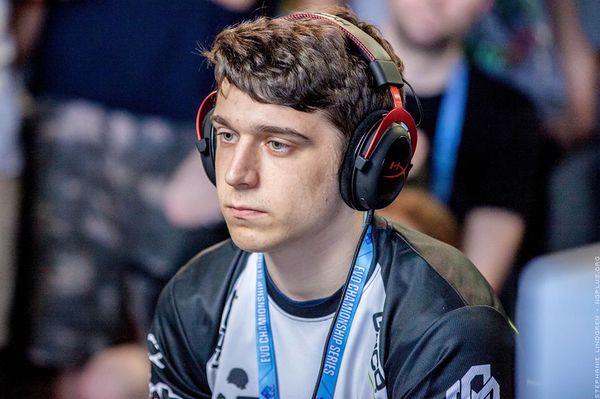 Plup originally rose to national fame as "Hungrybox's teammate"; their Samus/Jigglypuff team, "Plupbox", has placed consistently high at national tournaments since 2012. Within two years of his rise to doubles prominence, he proceeded to establish himself as the top American Samus player as well. His black Samus is notable for her smooth platform game and strong punishes.

As a Samus main, Plup showed particular skill in the matchups against Fox, Falco, and Marth, with tournament victories over Colbol, Zhu, Lucky, Hax, Fiction, Westballz, Leffen, Chillindude, Ken, Tai, The Moon and Arc. He is also one of the best Samus vs. Jigglypuff players in the world, having taken games off Hungrybox in tournament and defeating s0ft and Darc in bracket at Apex 2013. He soundly defeated HugS in Samus dittos at both the APEX Salty Suite and Super Smash Sundays 20, putting him among the best in the dittos as well.

On May 18, 2014, Plup was flown to Southern California as part of HugS' "Fraudulent Players Fund" to practice with SoCal players and participate in Super Smash Sundays 20 and a special "Boss Rush". The Boss Rush was a "crew-battle" style tournament where Plup faced four teams of four SoCal players. Though he defeated HugS 2-0 in bracket, he placed just 7th in bracket with a 2-1 loss as Fox against S2J and a 2-0 loss to OkamiBW. In the Boss Rush, he soundly defeated the D, C, and B teams, and took the A team of Lucky, Fiction, S2J, and Westballz down to the final stock, playing Samus the entire time.

Plup's strongest tournament performances in 2014 were 9th place finishes at both 2014 MLG Anaheim—where he lost to KDJ and his teammate Hungrybox but defeated Cactuar, Arc, Zhu, ZeRo, and familiar Florida rival Colbol—and at EVO 2014, where he defeated Lord and DEHF before falling to Armada, and took out Lucky and Hax before losing a close-fought match to Axe.

He began 2015 with an extremely strong 5th place performance at Paragon 2015, where he defeated Westballz and Leffen in winners before falling to Mew2King and losing the rematch with Westballz in losers. This performance made Plup a strong contender for top 8 at Apex 2015, which was two weeks later. However, Plup fell to Swedish Delight's Sheik in Winners Finals of his round 2 pool. He then played Sheik in losers against KJH, losing again; he finished at a dismal 49th, his lowest ever placing at Apex.

Following this defeat, Plup, who had been playing Sheik at locals since late 2014, began co-maining Sheik in earnest. His Sheik received her first regional exposure at Bad Moon Rising, where he placed 2nd using a combination of Samus and Sheik. Since then, he has become a solo Sheik main only using Samus against Ice Climbers players and players he thinks have a hard time against the Samus matchup.

At CEO 2015, Plup nearly defeated both Leffen and Mango with his Sheik, ending the tournament at 7-8th. However, he took his revenge at EVO 2015 three weeks later, defeating both of them, including using Samus against Leffen, on his way to a record 4th place finish at a premier tournament.

At EVO 2016, Plup had an impressive winner's bracket performance, defeating both Mango and Hungrybox before falling to Armada in winner's finals and Hungrybox again in losers, placing 3rd overall.

At DreamHack Atlanta 2017, Plup finished in first place, defeating Axe, Mew2King, and double-eliminating Hungrybox. In doing so, he became the first non-God to win a tournament with multiple Gods since January 2015, where Leffen defeated Mango and double-eliminated Armada at B.E.A.S.T 5.

At The Big House 7, Plup had a historic win vs Armada in winners semis, making Plup the first ever non-god since Leffen to beat him in a set. He ended up placing 2nd, losing twice to Hungrybox in grand finals.

Plup finished in a historic first place finish at GENESIS 5, defeating Mango, Armada, and double-eliminating Hungrybox. In doing so, Plup became the second non-God to win a premier tournament in the era of the Five Gods, the first being Leffen.

Wins over players ranked in PMRank 2016: