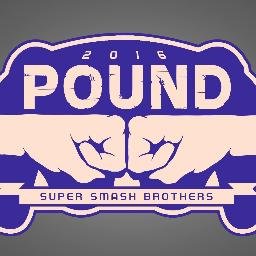 Pound 2016 is the seventh installment in the Pound series of tournaments, the first since Pound V.5 in 2013 and the first mainline Pound tournament since Pound V in 2011, all the winners from that tournament having finally been paid after almost five years.[1] It took place on April 2-3, 2016 in Tysons Corner, Virginia. There were 933 entrants for Melee singles, making it the 6th largest Melee tournament of all time, behind EVO 2014. Entrants were originally capped at 768 players for Melee Singles and 128 teams for Melee Doubles[2], but the cap was raised to 1024 entrants for Melee singles.[3]

This includes a $2,000 Pot Bonus for the Character Crew raised via the Rewards Shop.[4]