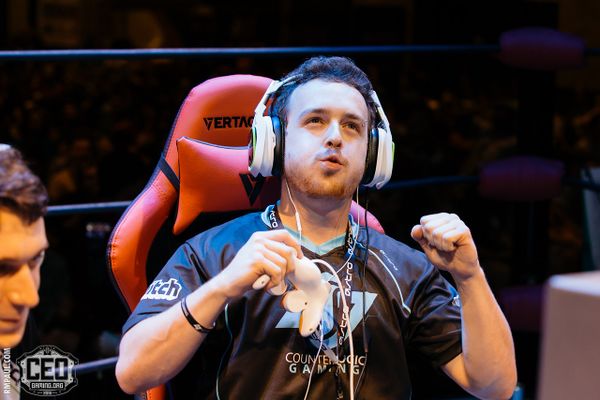 SFAT is known as one of the best Fox players, with great results both out of state and in state. He was one of two players to take a game off of Mango during Mango's historic losers run at EVO 2013, the other being Wobbles. He is also the last player Hax faced while Hax was a Captain Falcon main.

He is the long-time friend of Marth player PewPewU, and their doubles team PewFat, known for their potent team combos, is considered one of the strongest teams in the game. On December 15, 2015, he was signed by Counter Logic Gaming, joining PewPewU on the same team.[1]

In 2016, SFAT gained more attention with higher placings and bigger wins. He finished 2nd at Clutch City Clash, where he double-eliminated Mango, and earned another 2nd place finish at Shine 2016 after beating Plup, Hungrybox and Mango, only falling to Mew2King. These placings led many at the time to consider him the 6th best player in the world behind only the four active gods and Leffen. Since then, he has been extremely consistent, as he has been placed within the top 15 players in the world in every ranking since 2014.