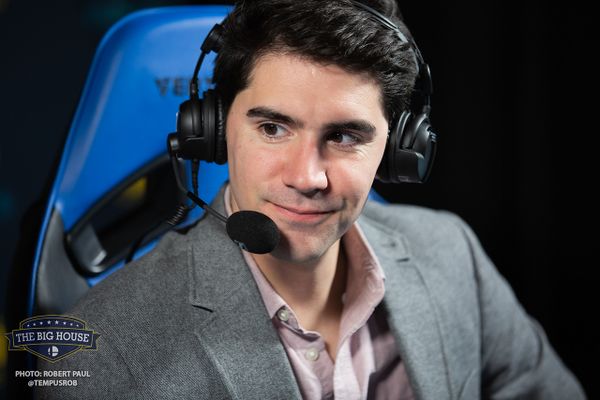 Bobby "Scar" Scarnewman is a commentator and Captain Falcon player originally hailing from Philadelphia, but is now residing in San Francisco. He is the founder of Melee It On Me.

Though he is more known nowadays as a commentator, he first gained fame in the Smash community as the creator of a trilogy of combo videos entitled "I Killed Mufasa", showcasing his Captain Falcon skills. He cemented himself as one of the top Falcon players in America by finishing 6th at GENESIS, higher than any other Falcon. Later in 2009, he moved to California and defeated SilentSpectre, considered the best Falcon on the West Coast at the time, in a money match.

In 2013, he traveled with Mango to Europe to compete in BEAST 3, the premier tournament series in Europe. At BEAST, he won doubles with Mango and finished 9th in singles. Since BEAST, Scar has occasionally teamed with Mango, finishing 2nd and 3rd in doubles at Super SWEET and Kings of Cali 4 respectively.

In 2016 and 2017, he entered several tournaments including GENESIS 3 and GENESIS 4, but did not advance from pools.

Wins over players ranked in SSBMRank 2013: