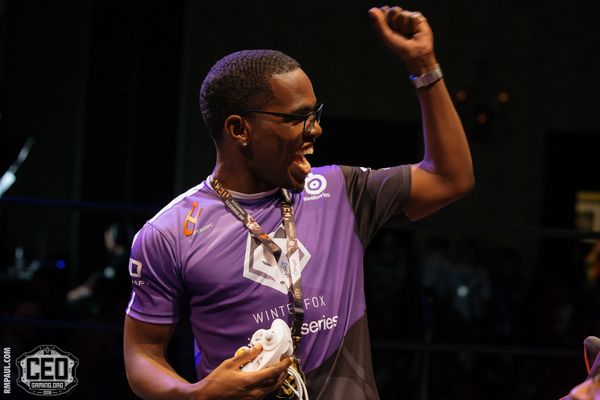 DaJuan "Shroomed" Jefferson McDaniel is a Melee player from NorCal. He was considered the best Dr. Mario player in the world and now is one of the best Sheik players in the world. He is currently ranked 2nd on the NorCal Power Rankings and ranked 30th in MPGR 2019.

Shroomed became known for his Dr. Mario play, taking the character to top 8 finishes at events such as EVO 2013, Apex 2012, and Apex 2013. After Apex 2014, however, he decided to switch his main to Sheik, though he keeps Dr Mario for certain matchups and for when his Sheik isn't performing well.

He ended 2014 on a strong note at Pacific Northwest Regional by becoming the first player to take a set off of Mew2King in Sheik dittos in tournament, though Mew2King got his revenge later in the bracket. He did it again at Apex 2015, securing himself a spot in top 8, where he lost a close set to Hungrybox to finish in 7th place.

On July 16, 2015, Winterfox announced it was signing Shroomed as its first Smash player.[1] On December 7, 2016, Shroomed announced his departure from Winterfox, becoming a free agent.[2]