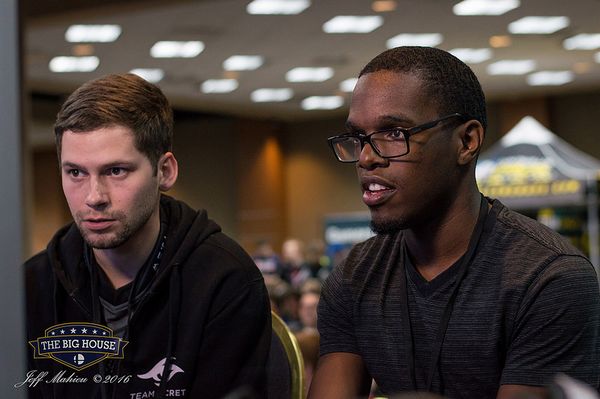 Otto "Silent Wolf" Bisno is a Fox player from Washington, currently playing for Team Secret. He was ranked 11th on the 2015 Melee It On Me Rankings and 20th on the 2016 SSBMRank.

He holds set wins over Mango and Leffen. The former led to Mango's famous loser's bracket run at Pound 3.

His best tournament was EVO 2014, where he made it to top 8. After an early loss to Darkrain, he went on a run through losers, including victories over Duck, SFAT, Shroomed, Fiction, and finally Leffen to reach top 8. In top 8, he took a game off of Axe, but was embarrassingly 4 stocked in under a minute to end his tournament run in 7th place.

On January 14, 2018, Silent Wolf announced he is retiring from competitive Melee.[4]

Don't Park on the Grass