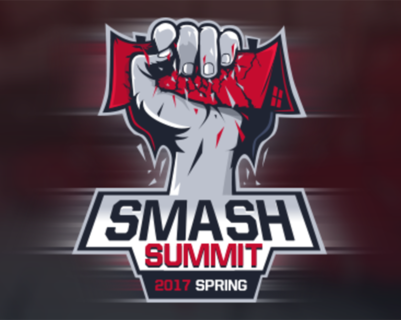 Smash Summit - Spring 2017 was a tournament hosted by Beyond The Summit (BTS) that featured ten invited players and six players voted in by the community. This is the fourth iteration of the tournament series.