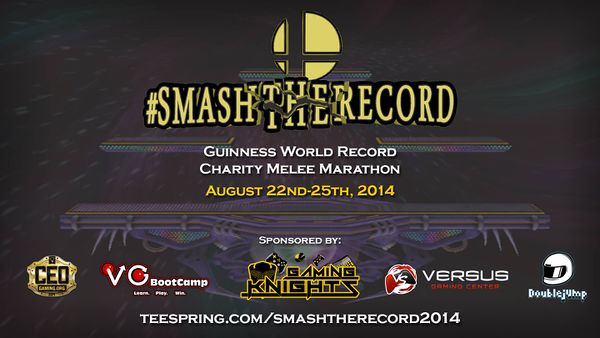 Smash the Record (StR) was both a tournament in Orlando, Florida and was an attempt to break the Guinness World Record for Longest Video Game Marathon Playing a Fighting Game. It succeeded in this aspect, playing 72 hours in all, blowing the previous record of 48 hours out of the water. All of the donations to Smash the Record went towards the St. Jude Children's Research Hospital. In total, Smash the Record donated $13,902. The stream for the event was be provided by VGBC. No prize money was given to the winners, and the competition was much more casual than the average tournament.