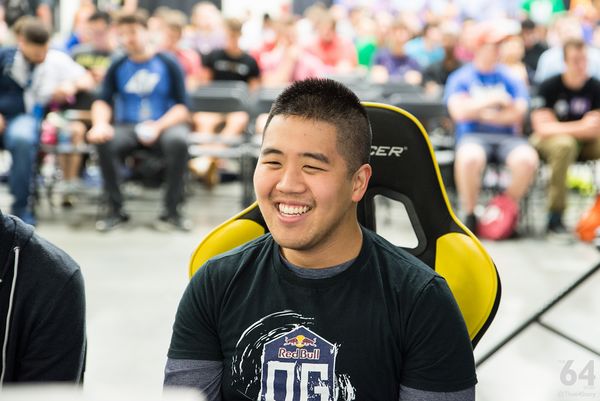 James "Swedish Delight" Liu is an American Sheik player and the younger brother of Mr. F. He is currently ranked 1st on the New Jersey Power Rankings. He is currently ranked 18th in MPGR 2019. He attends Rutgers University and is part of the Melee crew there, which advanced to the Tri-State finals of The Melee Games Season 2 before being defeated by Columbia.

Swedish Delight began playing in 2008 when his older brother wanted a training partner to improve at the game. Although on the rise and gaining notoriety in the Tri-State area, it wasn't until Swedish Delight switched off of Falco and began maining Sheik in 2012 that he gained national attention, including an early 2013 win over Hax. While attending University, Swedish Delight rarely traveled outside of the Tri-State area for tournaments, but did make occasional appearances at majors, including a 13th place performance at The Big House 5.

In 2016, Swedish Delight gained even more attention as he earned higher placings and bigger wins, most notably 4th at Pound 2016 where he forced Mango to game 5, and 2nd at Smash 'N' Splash 2 where he double eliminated Mew2King.

At EVO 2018 he made one of the biggest upsets in Melee history when he beat Armada 2-1, making him the first player outside of the top 6 to take a set off of Armada since SilentSpectre and Amsah in 2010. After beating Armada he lost to Mango and then beat PewPewU to make top 8 losers side.

Smash Hall: Melee at the Biergarten