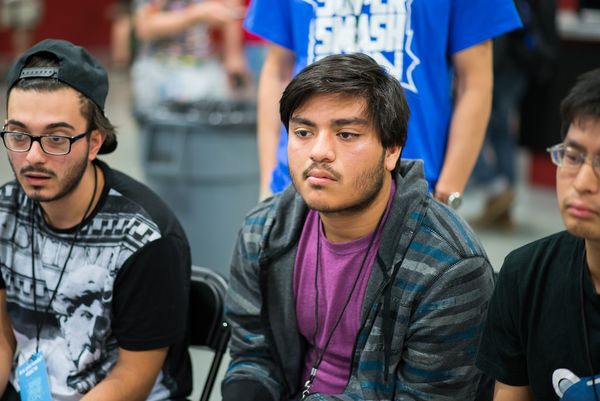 Eduardo "tacos" Tovar is a 64 Yoshi and Captain Falcon main.

tacos is among the top five best players in North America with consistent victories over Mariguas, Wizzrobe, and Ruoka Dancho. While primarily an online player, tacos made his console debut at Apex 2014 where he surprised the competition and placed 5th after what were considered to be a flurry of upsets in the console tournament scene at the time.

He has a positive record against every player he has faced in tournament with the exception of SuPeRbOoMfAn, Isai, and KeroKeroppi.

In 2017, he traveled to Japan to participate in 10th Kansai. Despite winning all of his games in pools, he went 1-2 in bracket, falling to gyaki and Yu-kun and ultimately tying for 17th place.[1]