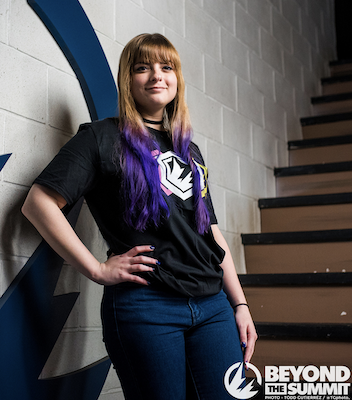 Victoria "VikkiKitty" Perez is a Wii U and Ultimate commentator from Miami, Florida.

VikkiKitty's first commentary gig was at a local tournament organized by Versus Gaming Center in October 2015. In November, she was set to commentate at her first regional tournament, Frame Perfect Series: Wii U.[7]

She also commentates tournaments for Overwatch and Arms.[7]

Her style of commentary focuses on technical aspects, "like moves doing a certain percent" and pointing out "common player habits". She learns about the game by playing it and practicing commentary 9 to 14 hours a week on average.[7]