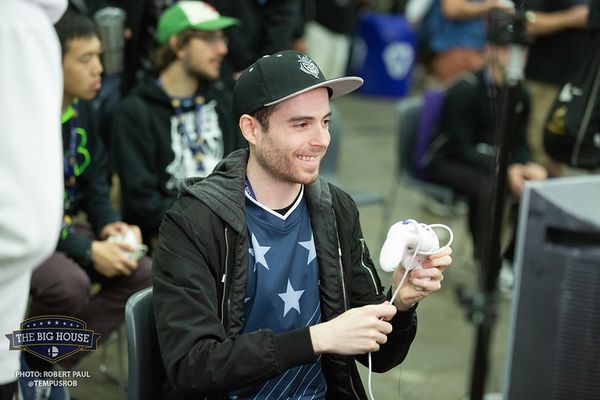 Weston "Westballz" Dennis is a Falco and Fox player from Southern California. He is currently ranked 31st in MPGR 2019.

Westballz is a Falco main who resides in SoCal. He is famous for his flashy play and signature "Westballz pressure". In the mid-2010s, he was consistently ranked in the top 10 players in the world and was widely considered to be Melee's premier Falco main aside from PPMD. At that time, he established a reputation as the game's most technical Falco player.

He made perhaps his best-ever placing at Sandstorm, where he placed 2nd behind Armada after defeating Hungrybox, Mango, Axe, and S2J, just a few days after he tweeted that he would be taking a break from playing after Sandstorm, citing his poor mentality.[1]

In July 2020, he was accused of flirting with a minor while knowing her age,[5] harassing and groping Lauren Marquez,[6][7][8] groping another women while she was too drunk to consent,[9], and Asian fetichization.[10] He replied saying he was innocent on all counts.[11] His ex-girlfriend also posted a statement in support of him.[12], as well as another person who had been mentioned in an earlier statement.[13]