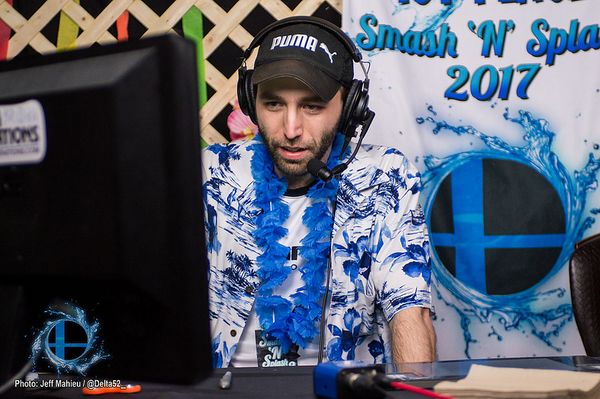 Robert "Wobbles" Wright is a top Ice Climbers player for Panda Global as well as commentator originating from and currently living in Texas, although he is perhaps best known for his time spent playing in Arizona. He was ranked 1st in the December 2015 Central Texas Power Rankings.

Wobbles first became famous in the community for his popularization of the now infamous Ice Climbers grab forward tilt infinite, which would later go on to be named Wobbling after him. This push in the Ice Climbers metagame as well as consistently placing highly at large tournaments has left many to consider him to be the greatest Ice Climbers player of all time. His first major placing was 1st at EVO South 2007. Wobbles' by far most famous tournament performance was defying all expectations and placing 2nd at EVO 2013. At EVO 2013, Wobbles defeated Mango, PPMD, and Hungrybox, who are all considered to be some of the top players in the world. Wobbles was eventually defeated by Mango in Grand Finals. After EVO 2013 he entered a semi-retired state, only entering local tournaments. He attended Apex 2015, his first non-local tournament since EVO 2013, where he placed 33rd. He also attended EVO 2015, but was eliminated early, playing only Mario.

SFAT
Battle of the Five Gods