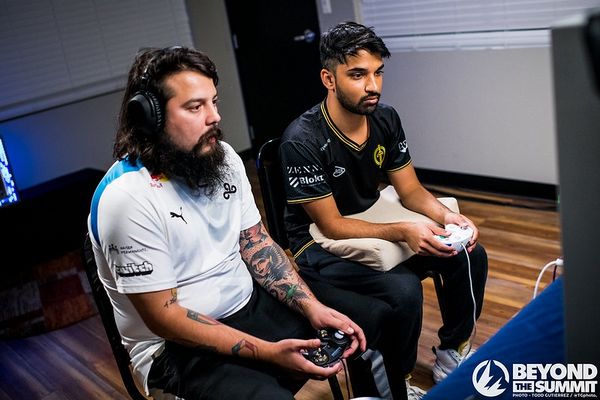 Zain Naghmi is a Marth player from MDVA who is currently ranked 1st on the MDVA Power Rankings and ranked 1st in MPGR 2022 Summer.

Zain began entering Melee tournaments in 2014, and became a well known player in MDVA. He made his debut on the MDVA Power Rankings in Spring of 2016, where he was ranked 12th. He only went up from there, soon becoming a Top 5 player in his region by the end of the year.

The Big House 6 is considered Zain's breakout tournament, as he defeated a number of notable players including Tafokints, Plup, and KJH, ultimately finishing in 17th place. He then made his debut on the SSBMRank 2016, finishing at 66th.

At Super Smash Con 2017, Zain pulled off an incredible 5th place performance, defeating ChuDat, lloD, Rishi, and SFAT while only losing to Hungrybox and Mew2King.

Similar to the year before, Zain's trajectory went even further in 2018, reaching heights no one thought possible. He started off with a 13th place finish at GENESIS 5, where he was eliminated from losers by Wizzrobe in a nailbiter Game 5.

At Smash Summit 6 Zain went on a tear through the event, where he beat Ginger, SFAT, Mango, and Plup while only losing to Mew2King twice (once in pools) and Armada to finish 3rd. At Smash 'N' Splash 4, he lost to Hungrybox and Armada but once again defeated Mango. He would end up being ranked 9th on the MPGR 2018 Summer.

After back to back 9th place finishes at EVO 2018 and Super Smash Con 2018, Zain had a historic win at Shine 2018 when he took the tournament beating players such as Drunksloth, Lucky, n0ne, Mango for the 3rd time in a row, and Hungrybox (x2). This tournament win made him one of the only players to take a major tournament in the era of the gods. The only other players to do so are Leffen, Plup, Wizzrobe, Axe, and iBDW.

Zain would show a new form of consistency throughout 2019, only missing Top 8 at one tournament throughout the year. He would gain even better results than the year prior, getting 2nd at The Big House 9 and Low Tier City 7, 3rd at Super Smash Con 2019 and Mainstage, 4th at Pound 2019, and winning Come To Papa 3 by double eliminating Hungrybox.

Despite showing more consistent results, he failed to win a major in 2019 and was ranked 6th on the MPGR 2019

Zain won his first premier tournament, and the first premier of 2020, at GENESIS 7. He took the tournament through the winners side by taking sets off of players such as Boyd, Jakenshaken, S2J, Shroomed, Mango, and Hungrybox (x2).

Despite placing 4th at Smash Summit 9, thing were looking up for Zain, but soon after, COVID-19 caused the world to go into lockdown, and thus making in person events impossible to hold.

Zain dominantly won the online iteration of Pound 2020 with delay based netcode, defeating Plup and 6-0'ing Hungrybox in Winners Finals and Grand Finals.

Despite this, Zain still wanted more from competition, and so Zain began to enter tournaments with Roy, under the name "DontTestMe". With Roy, he took sets off of Ginger, KJH, 2saint, Magi, and even took Hungrybox to Game 5.

In the summer of 2020, Rollback Netocde was released for Melee, and soon enough, online tournaments soon began once again, this time being much more valid than delay based netcode. Zain began by winning Ludwig Ahgren Championship Series 2, defeating S2J, Plup, and Mango twice. He then won three weeks of Slippi Champions League, taking sets off of Wizzrobe, iBDW, Mango, n0ne, Captain Faceroll, and Spark.

He then won Smash Summit 10, defeating Spark, S2J, Ginger, iBDW, and Mango twice. While he got 5th at Ludwig Ahgren Championship Series 3, dropping sets to S2J and Axe, many people still considered Zain to be the best player of 2020.

Zain started off 2021 by winning Four Loko Fight Night, defeating Hungrybox but dropping a set to S2J in Winners Semis. He then made a losers run, defeating Wizzrobe, moky, Kalamazhu, and S2J twice to win the event.

Zain then won the second week of the Summit Champions League, 3-0'ing Mango, who had defeated him the week before. During Week 3, he lost a close game 5 set to Wizzrobe, and on Week 4, he won the Double Elimination Bracket by defeating Gahtzu, moky, SFAT, and Mango. This allowed him to qualify for Smash Summit 11

At Smash Summit 11, he took sets off of n0ne, aMSa, iBDW, KoDoRiN, Plup, and Hungrybox before facing Mango in Grand Finals in what is widely considered to be one of the greatest sets in Melee history. Here, Zain lost a Game 10 set to Mango, marking his first loss to a Fox since Leffen at Smash 'N' Splash 5 over two years earlier.

Zain then won his first offline major Post-Quarantine at the 2021 NA East Regional Finals, defeating Hungrybox, Polish, and iBDW. At Smash Summit 12, he managed to defeat Mango's Fox in the runback but lost a Game 5 set to iBDW in Winners Finals, before being eliminated by Mango's Falco, finishing in 3rd place.

He ended up being ranked 2nd on the BlurRank, a ranking of the 2021 year by TheCrimsonBlur and many other community figures.

Despite not being ranked number one in 2021, that did not seem to phase Zain going into 2022. He won the first in person supermajor after quarantine at GENESIS 8, defeating aMSa, iBDW, and a hot Jmook twice to win the event. He then repeated this performance a week later at Pound 2022, where he defeated Leffen and Hungrybox twice to win the event.

He ended up finishing 1st on the MPGR 2022 Summer Ranking, marking the first time he got ranked 1st on an official offline ranking.