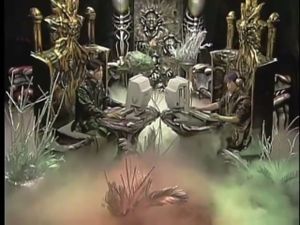 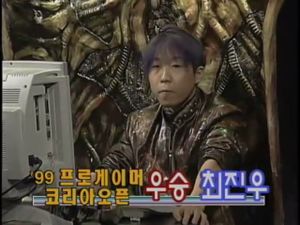 The 1999 Tooniverse Progamer Korea Open was held from October through December 1999. It was one of the earliest professional StarCraft tournaments organized and eventually became the first in the OnGameNet Starleague (OSL) series.[1] The tournament was broadcast from one of the Tooniverse-owned offices in Seongnam on the outskirts of Seoul. The event was one of the first to include live commentary, carried out by the iconic trio of Jeong Il Hun, Eom Jae Gyeong, and the legendary Kim Carrier - Kim Do Hyeong.[2][3]

The 1999 Tooniverse PKO format featured a group stage consisting of four round robin groups, with the top two members of each group advancing to another group stage for the round of eight where again the top two members advanced. The winners of each group played a best of three with the winner advancing directly to the finals, while the second place players had another best of three between themselves. The winner of that second place match played a best of five with the loser of the winner's match to advance to the best of five finals.

The Progamer Korea Open allowed race-picking, with both eventual finalists Freemura and TheBOy switching races at least once, and Freemura playing at least one match as each race in his semifinal win over SSamJang.[8]