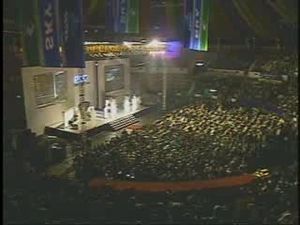 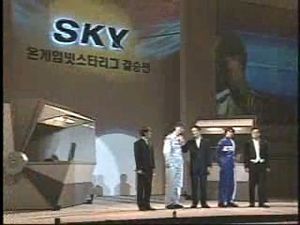 The 2001 SKY OSL was the fifth OnGameNet Starleague (OSL), played from October to December 2001. Defending back-to-back champion BoxeR led a field of 16 players vying for the title in this season, including future star Reach and TheMarine. This OSL was the third time BoxeR reached the finals, where he met 2000 Freechal OSL champion GARIMTO. The two took the finals to five sets, where GARIMTO eventually prevailed, securing his second OSL title, and marking the first time BoxeR would lose in an OSL finals match. Perennial bridesmaid YellOw also made a strong showing, only to miss out on the podium, losing to TheMarine in the third place match. Grrrr..., the only other OSL winner in the field, was be eliminated in double tiebreakers in the Round of 16, ending his hopes of a second title early.

The 2001 SKY OSL was also the first OSL to spawn the Legend of the Fall, beginning a reign of Protoss dominance in fall OSLs for multiple years.[1]

The 2001 SKY OSL used the same format as the previous Starleagues, with round robin group stages for both the Round of 16 and the Round of 8, which led into a single-elimination bracket with a best-of-three semifinals and a best-of-five finals.