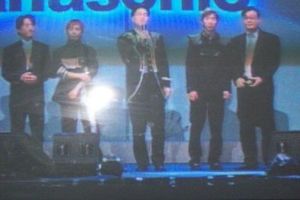 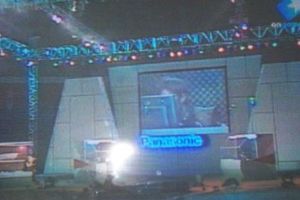 The 2002-2003 Panasonic OSL was held from November 2002 through February 2003. The tournament marked NaDa's debut in the OnGameNet Starleague (OSL). He came into the OSL on a hot streak after winning 2 KPGA Tours and simulaneously competing in the Baskin Robbins KPGA 4th Tour, which he would later win shortly before winning the OSL; a feat that went unmatched until Flash. He made it through the Ro16 by going 2-1 in his group and subsequently beating out H.O.T-Forever in the tiebreakers. He went into the Ro8 with a lot of confidence and made it through 2-1, yet again dropping a game to a Zerg player. NaDa went on to display that his losses to Zerg were only small setbacks by defeating YellOw 3-1 and sweeping Chojja 3-0 to win the Starleague. Thus Nada walked the Royal Road adding his first OSL win to his illustrious career.[1]

The opening video can be found here.

The 2002-2003 Panasonic OSL made a few changes to the manner in which players were seeded compared to the previous 2002 SKY OSL. Instead of the top four players, only the top three were given seeds, with the fourth seed going to the winner of the 2002 2nd OCL|2002 2nd OnGameNet Challenge League, XellOs. The round of sixteen onwards remained mostly unchanged, with the third place match being extended from a best of three to a best of five.