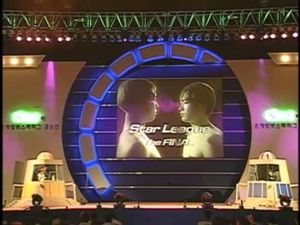 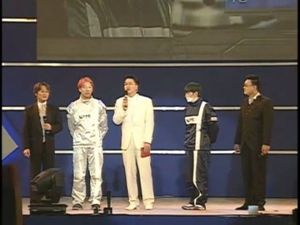 The 2002 Nate OSL was held from March through June 2002. It is often considered to be the most underwhelming OnGameNet Starleague (OSL) and also the most overlooked. All the fan favorites: Yellow, BoxeR, Garimto, V-Gundam and fOru were knocked out in the round of 16. This left ChRh, who was enjoying the peak of his career at the time, as the most notable player. As the OSL proceeded, the Korean national soccer team was performing very well in the 2002 World Cup, which the country was also hosting. The combination of the Korean attention captured away from StarCraft, the lack of fan favorites, and some underwhelming games left this OSL to be known as "The Worst OSL".[1]

The 2002 NATE OSL used the same format as the previous Starleagues, with group stages for both the round of sixteen and the round of eight, which led into a bracket of best of three semifinals and a best of five finals. However, a new feature was added as Garimto, BoxeR, TheMarine and Yellow, the top four of the previous 2001 SKY OSL were seeded into the group stage without having to advance through the Dual Tournament.