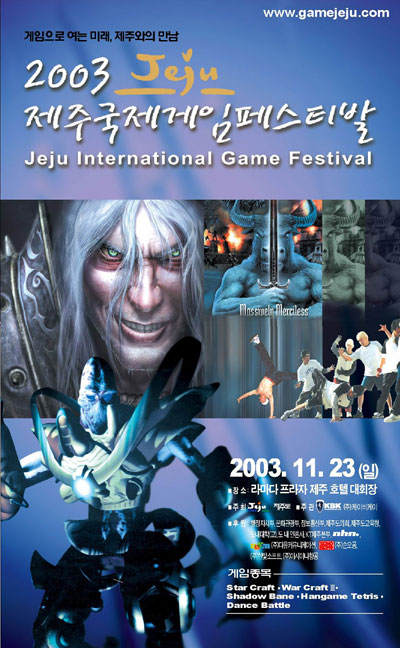 The 2003 Jeju International Game Festival was a tournament held in October through November, 2003 and was composed of 32 top players, including both South Korean and international players.[1] An online qualifier was held to determine some of the participants, alongside the KPGA (predecessor to KeSPA) rankings.[2] The initial rounds were held online with the finals held in Jeju, South Korea.

The tournament was one of two KBK tournaments sponsored and held in Jeju; it was preceded by the 2001 Jeju Tournament.

The 2003 Jeju International Game Festival was operated in a 32 person single-elimination bracket. The first four rounds of the tournament were played as a best of one while the finals and third place matches were best of three.[3]

CryStal in three games to win the tournament.