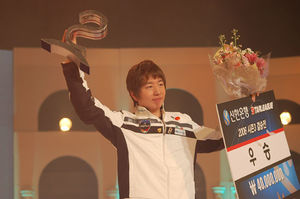 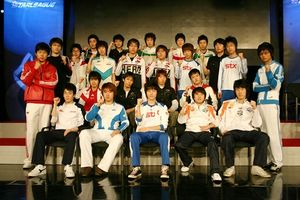 The 2006 Shinhan Bank OnGameNet Starleague Season 3 was held from December 2006 through February 2007. It was the 21st OSL and the fourth sponsored by Shinhan Bank.

The tournament featured the return of the players who achieved a top six placement in the previous season: NaDa, Anytime, Midas, Goodfriend, GoRush, and ZergMaN. The 18 remaining spots was awarded via the 2006 2nd ODT.

Notably, after the completion of the three 2006 Shinhan OSLs, the winners were invited to compete against one another at the 2007 Shinhan OSL Masters.[1]

Third and fourth place are separated by a Sudden Death match instead of the head to head score.
The Sudden Death is best of one.

The first map in a best of 5 series will be replayed if it comes to a fifth set. 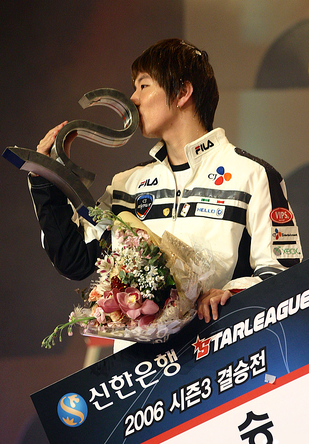