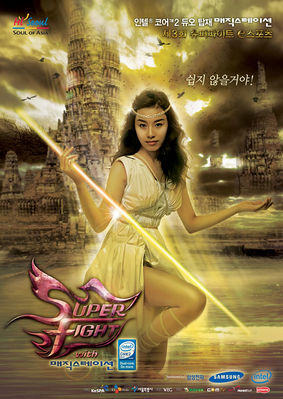 SuperFight 3 was held in a large outdoor soccer stadium after the first two SuperFights were very well received and attended. The opening match focused on gender as the female progamer ToSsGirL played a male progamer of her picking, resulting in her ex-STX SouL teammate JJu. The main event was between the two current Starleague champions (as well as previous SuperFight winners), NaDa, champion of the 2006 Shinhan Bank OSL Season 2 and sAviOr, champion of the 2006 Pringles MSL Season 1 and 2006 Pringles MSL Season 2.