The Sandlot Tournament was hosted by Blizzard Entertainment from July to October 2006 and had a prize pool of around $20,000. Sandlot was a very unique event, that actively supported both players and "ordinary" users of the international scene. The eight biggest community pages were invited to join this competition, along with 64 non professional players from all over the world.

All players had been listed on Battle.net's homepage. All users could vote for their favourite players of each race. Those votes were the basis of an artificial ranking that should represent a player's "worth" or "skill". This ranking was afterwards transformed into a prize index for the player pool. This way, every single vote had a direct impact on the later stages of the event.

Every community page's staff was given a limited amount of virtual currency (minerals), which they could use to recruit a number of players. In addition, all pages could gain advantages for the following tournament by winning a logo contest. The team with the best designed logo (chosen by Blizzard) would get to pick the first player in an upcoming draft, held on the Europe server.

Furthermore, all teams had to nominate an organizer from their staff or user basis. This team leader had to manage the team in the upcoming wars against other pages, was responsible for the line ups and the strategy during the player drafts.

After the teams were formed, two groups with four teams each were generated. The winners of each division advanced into the finals. Five 1on1s were played per war, regardless of a team winning before every set was finished. Additional rules did apply to give the teams more incentive to really use all their players. Every player had to at least play in one war, before the players could be used again. This rule should avoid team leaders putting up their most valuable players every time, while having their worst players sit on the bench. This rule was known before the drafts, which made the choices more interesting to the community members.

To avoid the danger of players leaving during the tournament more prizes were added. The two players of the best overall game would receive money. The most valuable players (MVP) of every team also won a bonus. The community page to win the event was allowed to host their banner in public Battle.net.

All participating community pages were able to create logos before the tournament started, parallel to community votings to determine the worth of each invited player. Both influenced the following drafts, as the team with the best logos would be able to pick first, while the results of the votings were calculated into a mineral value, which needed to be payed in order to recruit a player. 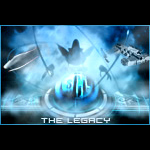 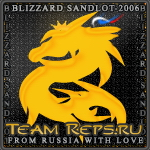 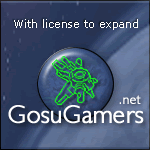 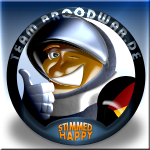 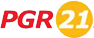 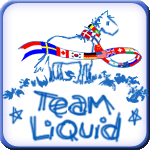 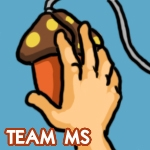 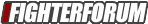 At the start of the Draftings each team started with 2,100 Minerals. Theoretically, it was up to the teams to figure out a strategy which players to buy. However, eventually Reps.ru and Fighterforum ended up with too less minerals to purchase anyone. Ovvi and Selector were given to them in the last drafting round "for free".