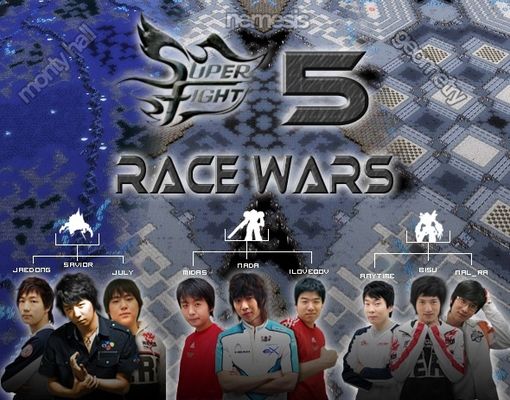 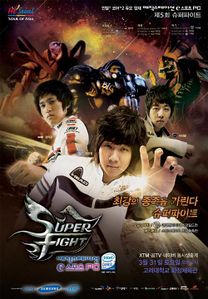 The fifth SuperFight was between the three races, titled the "Race War". Using maps to be used in the upcoming Proleague season, the three races squared off. Each race was composed of a coach (from teams not represented by the selected players), one invited player, and two remaining players as decided by votes (fans, players, officials and media).

The round-robin competition called for each race to play each other race three times, with all matches using a best of one format. As such, each race team played a total of six matches. The rules called for each player on a team to only play once during that round (e.g. a Terran player could not play both the Zerg and Protoss opponents in the given round). After two rounds, the third round would feature the two best races squaring off.