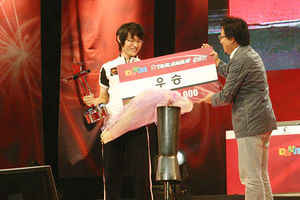 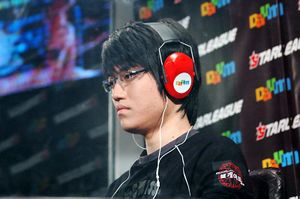 The 2007 Daum OSL was held from May through July 2007. This OnGameNet Starleague (OSL) tournament is likely most remembered for GGPlay's comeback out of nowhere in the finals, with his strong Defiler usage in game 5 and strong execution overall.

In hindsight, the Daum OSL revealed several of our modern stars, as it is the OSL where Flash, Bisu, and Stork all made their first OSL Ro8 appearance. They would be joined by Jaedong in the next two OSLs Ro8s and form the sacrosanct quadrumvirate known as TaekBangLeeSsang.[1]

The fifth through eighth place finishers were each awarded ₩3,000,000. Information concerning further cash prizes for other top finishers is not readily available.