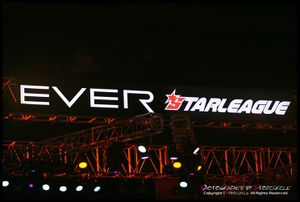 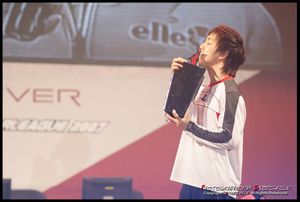 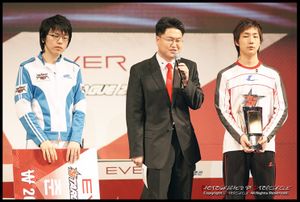 The 2007 EVER OSL was held from September through December 2007. This OnGameNet Starleague (OSL) was the breakout of the Zerg star Jaedong in individual leagues. Interestingly, Jaedong's victory was predicted in the Team Liquid Final Edit "Winning the OSL is Easy".[1] It also featured Stork disposing of his Protoss rival Bisu with a crushing 3-0 defeat in the semi-finals. Before the finals, Stork was assumed to be the heavy favorite, since Jaedong had not displayed his strength against Protoss in a series yet. Yet, Jaedong managed to step up his ZvP match-up and claimed his first OSL title, even winning as a Royal Roader.[2]

In this OSL, two special kind of rivalries were played out, both involving Bisu. He met the opponents from the MSL finals of both (at that time) his MSL victories, sAviOr and Stork. 2006 GOMTV MSL Season 1 opponent sAviOr won the first set with a daring proxy-Hatchery strategy on Blue Storm, as well as managed to kill Bisu's expansion on Katrina in set 2, but lost 1-2 in the end. In the semis, 2007 GOMTV MSL Season 2 opponent Stork did better. He defeated Bisu in a one-sided match with a score of 3-0 and is attributed to having caused Bisu's game-play to slump in the time to come.

At the 2007 EVER OSL, the rivalry of the months to come between Stork and Flash was already budding. Stork had defeated Flash in the 2007 Daum OSL match for third place, with a clear 3-0, and here Stork also prevailed 2-1. Their rivalry would reach its peak during the weeks of the GOMTV Star Invitational and the 2008 Bacchus OSL finals, where Flash would have his revenge.

The Starleague has an extensive qualification process. As many as 192 progamers compete in the Offline Preliminaries. The 24 best advance to the OnGameNet Starchallenge 2007. There, 12 more players drop out of the qualification process, and six compete with the 4th place finisher to be seeded directly into the Starleague. The winner is one of four players who await the winners of Ongamenet Dual Tournament 2007 Season 2. In the Dual Tournament, the bottom 13 players from the Daum Starleague and the 11 to emerge from the Starchallenge are paired down to the twelve players who round out the field for the EVER2007 OSL.

The Starleague itself features two distinct phases. First, the Group Stage, then the 8-man Elimination Bracket, in which a champion is finally crowned. 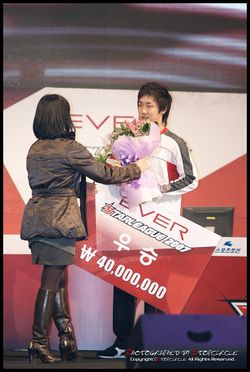