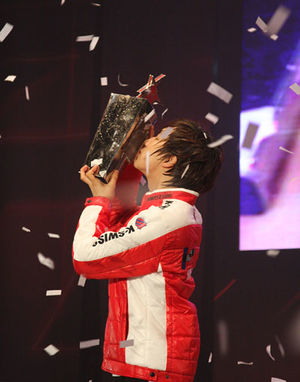 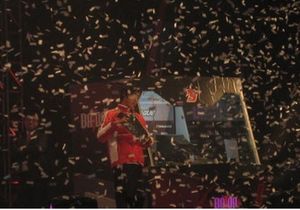 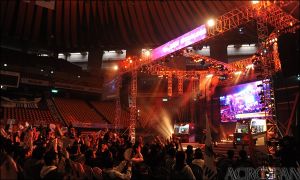 It was the first OnGameNet Starleague (OSL) of 2009, and the first OSL to not have a Protoss in the championship match since the 2007 Daum OSL. After winning the 2007 EVER OSL, Jaedong finished worse and worse in each successive OSL until finally failing to qualify for the 2008 Incruit OSL. Rising all the way from the offline qualifiers, Jaedong emerged as the champion at the end of the tournament after a close 3-2 victory over returning finalist FanTaSy. The 2008-2009 Batoo OSL is Jaedong's second OSL title win. Jaedong awed fans in the finals by making a comeback after being down 0-2 to FanTaSy, which many say demonstrated his will and determination which were unmatched in the scene. Notably, Jaedong's use of the 2-hatch muta build in every set of the final helped solidify an already popular build vs. Terran as the new standard build for Zerg players, especially against an opponent that opts for Mech TvZ strategies.

The other big story in the 2008-2009 Batoo OSL involved Bisu and FanTaSy. After losing in the Round of 36 to rookie STX Zerg by.hero and dropping out of the tournament, Bisu caught a break when BackHo dropped his spot in the Ro16 due to a back injury. Emerging from the wildcard tournament undefeated, Bisu qualified over 10 other players to reach the Ro16. Many considered this second chance a sign and said that the 2008-2009 Batoo OSL was Bisu's to lose. After emerging from his Ro16 group undefeated, Bisu beat his teammate BeSt in the Ro8 and reached the semifinals where he was to face his other teammate FanTaSy. At this point, with 11 consecutive wins, Bisu was extremely close to breaking the record for longest win streak in the OSL.

FanTaSy, after suffering a hard loss to Stork in the previous OSL finals, went into the Ro16 hoping to prove he wasn't a one-hit-wonder. After emerging from a tight group in the Ro16 where he went through tie-breakers with Leta and by.hero, FanTaSy faced the strong Zerg opponent Luxury in the Ro8. FanTaSy managed to defeat Luxury 2-1 by introducing a new "valk-onic" build, which involved quickly teching to Valkyries after fast-expanding to negate Mutalisk harass and then transitioning to a more standard Medic/Marine army. In the semifinals FanTaSy shocked the world when he defeated Bisu in with a one-sided 3-0 victory, which many considered to be the biggest upset of the tournament. After the conclusion of the Batoo OSL, FanTaSy went on to prove that his success vs. Bisu was no fluke by going on an 8-game winstreak vs. Protoss and becoming the most feared TvP master in the scene.

Other tidbits about the Batoo OSL include the fact that it was the last Starleague that GGPlay ever qualified for, and after failing to qualify for the following OSL, GGplay retired from professional StarCraft. Newcomer by.hero managed to reach the semifinals of the 2008-2009 Batoo OSL where he was defeated by Jaedong 0-3. Although by.hero failed to make it out of the Ro16 in the following OSL (and in fact did not qualify for the 2009 EVER OSL either), by.hero became a prominent member of his team's lineup and has seen some success in the MSL as well. By.hero's biggest claim to fame remains his large upset over Bisu in the Ro36 and reaching the semifinals of the tournament. The 2008-2009 Batoo OSL was also eSTRO Protoss Tester's last Starleague appearance.[1] 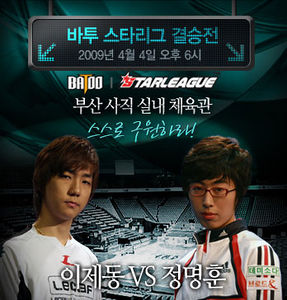